The British have a past unlike any other.

The British Empire is the ideal instance

The seeds were planted as early as the 16th century. At its peak, it was the largest dynasty in human history, comprising nearly a quarter of the world’s entire population at the time.

Their notable conquests included what later became the United States of America. The flag still bears thirteen horizontal, red and white lines, which signify the number of British colonies. Conquered dominions and territories later formed The Commonwealth of Nations: an organization of over 50 nations formerly part of the British Empire. Britain has also enjoyed incredible success pertaining to vehicles. They are definitely in the mix, along with Germany, Japan and USA when it comes to the generation of cars.

One bright example of their stellar success is Aston Martin, a leading manufacturer of luxury sports vehicles. The Warwickshire based car makers also manufacture Grand Tourers (Italian translation is Gran Turismo). These are luxury cars designed for traveling at high speeds and covering long distances. 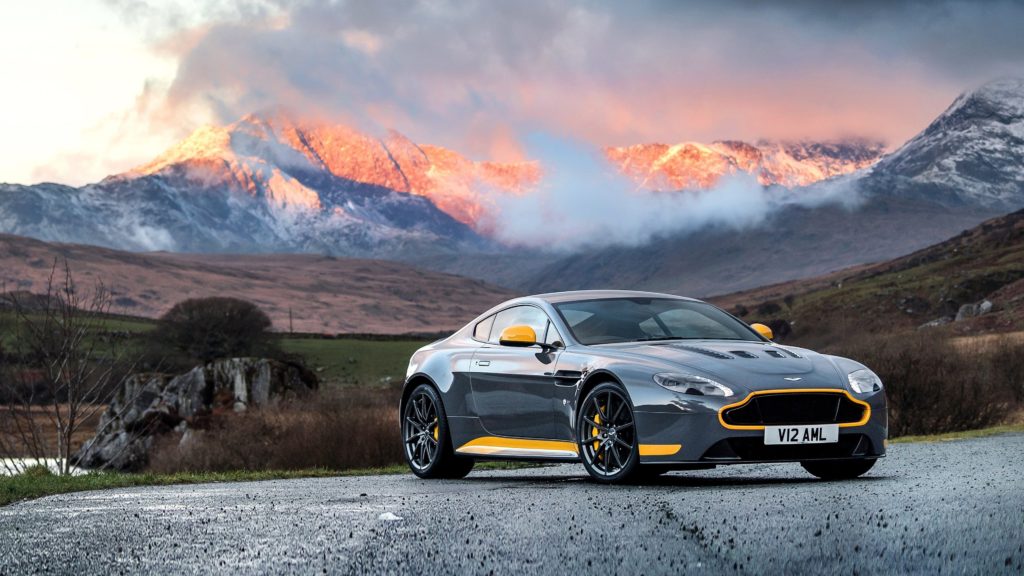 Although they have only produced a solitary brand new model, called the DB11 in the last decade, Aston Martin has an illustrious history. This is part has contributed to their status as a British cultural icon. Having celebrated its centenary year recently, the company was founded in 1913 by Englishmen Lionel Martin and Robert Bamford. The former was also a racer at Aston Hill, which is how the name Aston Martin was realized.

The Second World War had an adverse effect on Aston Martin. Once the fighting culminated, the company was on the market for a new owner. David Brown, an entrepreneur, answered a newspaper advertisement and duly purchased the brand for 20,500 pounds sterling in 1947. The DB series derived its name from the company’s savior. The first car with the DB initials was released in 1950. There have been several models since, specifically during Brown’s tenure in the 50’s and 60’s.

If there is a definitive Aston Martin car, this is the one! The fifth edition in the legendary series was revealed in 1963 and was produced until 1965. The car enjoyed celebrity status as James Bond’s choice of transport, which catapulted the company to new heights. Since Aston Martin’s USP (unique selling point) was the production of luxury cars, the quantity of DB5 cars manufactured was limited to just 1059 units.

Several enhancements were made to the DB5 as compared to its predecessor. Designed by Italian coach builder Carrozzeria Touring Superleggera, the DB5 is a 2 door, 4 seater coupe. It contained a naturally aspirated petrol engine manufactured by Aston Martin. It also added straight 6 cylinders with a 4-liter capacity and 3996 cubic centimeters, which means that the engine has a 3.96 liters displacement volume.

The DB5 had a double overhead camshaft valve gear and 282 horsepower as maximum power output. In terms of acceleration, it covers the 0-60 lap in 8.1 seconds and races to 100 miles in 25 seconds. It is also a longitudinal front-engine, rear-wheel drive. The aforementioned advancements included a ZF 5 speed transmission gearbox and front and back disc brakes.

Finally, another principal alteration was the all-aluminum engine and 3 SU carburetors. The DB5 was also available in a couple of variants. The DB5 Vantage was introduced a year later. It was meant for high performance with three Weber twin-choke 45DCOE side-draft carburetors and revised camshaft profiles. The revved-up edition had 315 horsepower and was the quintessential limited edition car since only 65 were produced. Aston Martin also manufactured a convertible version of the DB5. Only 123 units were produced.

The Name is Martin, Aston Martin

As stated earlier, Aston Martin DB5 is also James Bond’s preferred car. Having featured in seven films to date, the DB5’s cinematic career took off in Goldfinger in 1964. The DB5 enjoyed extraordinary attention as a consequence and was dubbed ‘the most beautiful car in the world’ by fans.

Played by iconic thespian Sean Connery, the character was allegedly supposed to be portrayed driving a Jaguar. However, they wanted the producers to pay for the cars. The MI5 agent used a silver birch DB5 and the rest, as they say, is history. A slightly adjacent but material fun fact is that David Brown, who helmed Aston Martin during the time, also drove a Jaguar as opposed to his own product!

Having cemented its place in pop culture, the DB5 has enjoyed rejuvenation in the 21st century. It has been included in all four of the latest James Bond flicks: Casino Royale; Quantum of Solace; Skyfall; and Spectre. The DB5 shared the spotlight with another one of its company’s product in the first of those movies, the revamped DBS V12. Although Bond has used plenty of cars since he was conceptualized by English author Ian Fleming in the 50’s, including those manufactured in America and Germany, the Aston Martin DB5 is regarded as his ultimate car.

In hindsight, the DB5 represents the most important model produced by the century-old manufacturer. It afforded them unbridled success, especially once it became associated with 007. It is a testament to the DB5 that over 50 years after it was first launched, it has managed to remain relevant.